In the month of April, 3,693 divers recorded their shark sightings during 855 dives.

The average diver had done 458 dives in Fiji (many were local divemasters), indicating that their observations were very reliable.

During those dives, 12,073 shark sightings, of 11 species, were recorded, plus 5 species of ray, and 2 species of turtles.

Regular shark feeding dives attracted many more sharks, and some species that were not seen on non-feeding dives, but the majority of observations were natural encounters, not feeding dives.

Maps showing number of sharks and shark species in each region

Shark numbers are expressed as the average number of sharks seen on a single dive, to discount multiple sightings by more than one diver per dive.

Apart from the regular feeding dives, the most sharks were seen in Beqa, Namena, Savusavu and Lomaiviti, but a wider variety of species was found in the Mamanuca Islands, the Coral Coast of Viti Levu, Beqa, Kadavu and Taveuni. 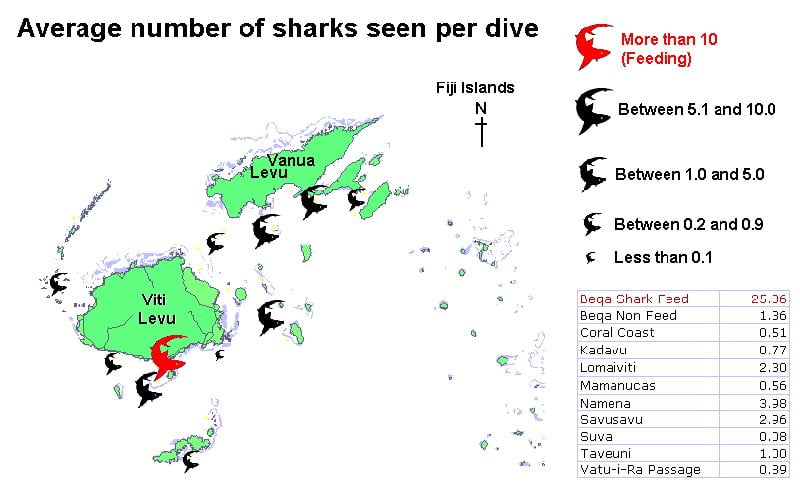 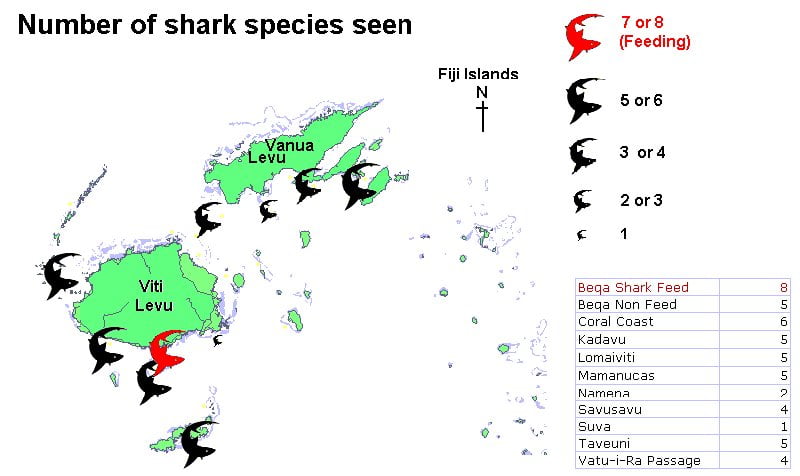 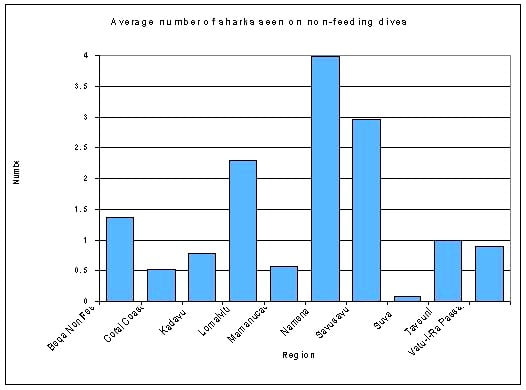 Apart from at feeding dives, the highest average shark numbers per dive were seen in Namena and Savusavu, where schooling Scalloped Hammerheads and other pelagic species are regularly seen, followed by the Lomaiviti area, Beqa (non-feeding) and Taveuni.

The largest variety of species (apart from the feeding dives) was found on the Coral Coast, where Tawny Nurse and Leopard Sharks are regularly seen in the passages, and Guitar fish occasionally.

Most other regions featured 4 or 5 species most of the time, with Suva and Namena recording a lower number of species.